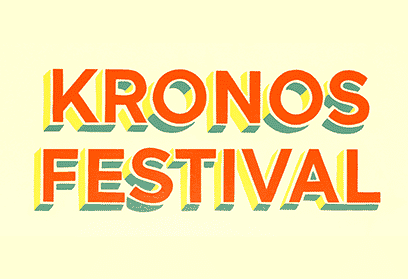 A new program made specially for kids (30 minutes)

KRONOS FESTIVAL Kids! is a sparkling collection of short films with music, including Kronos Makes Sounds With Stuff by composer Danny Clay; 3000 Reefs, with stunning underwater cinematography by Julia Sumerling and music by Aftab Darvishi; Music of the Birds, with avian-inspired music and film by Sahba Aminikia, featuring the San Francisco Girls Chorus, young people from the Sirkhane Social Circus School, and ornithologists from the Smithsonian Institution and and around the country; ‘Funtukuru,’ an exuberant song by Hawa Kassé Mady Diabaté; Chebiyat Muqam – Third Dastan, a traditional melody arranged by Wu Man and performed by young musicians from Oakland School for the Arts and Ruth Asawa San Francisco School of the Arts. Also featured: George Crumb‘s haunting ‘God-music’ from Black Angels, an excerpt from Garth Knox‘s cosmic Satellites, and Bill Steele’s environmental anthem Garbage, made famous by Pete Seeger and performed by singer Lee Knight with Kronos.

All KRONOS FESTIVAL programs will be available for on-demand streaming through August 31, 2021 on Kronos’ YouTube and Facebook channels.

Click here to learn more about the Festival and view the full lineup.