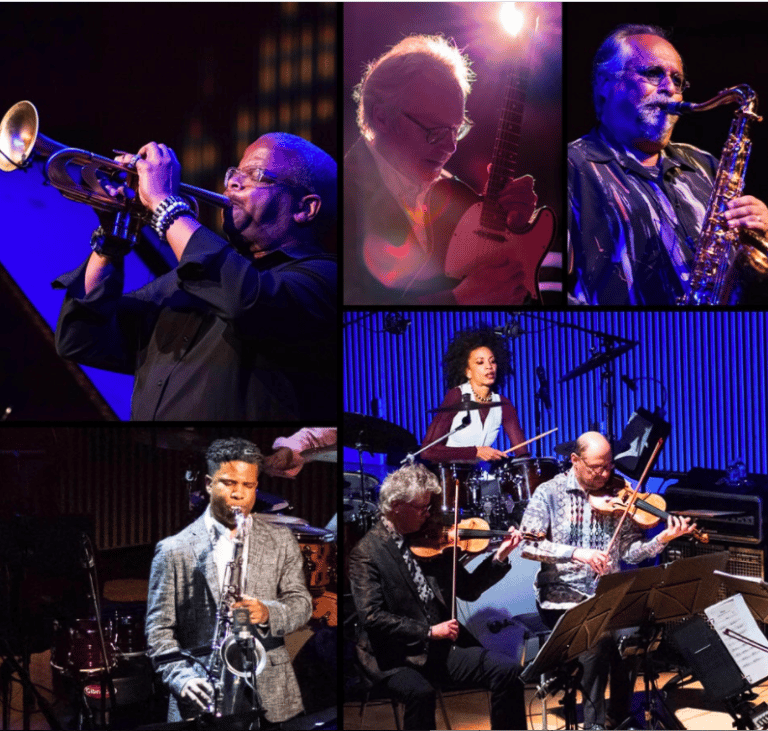 This event will stream live online for SFJAZZ Members. Digital membership is just $5 a month ($60 annually). Proceeds will help the SFJAZZ team prepare to reopen the SFJAZZ Center.

Curated by powerhouse drummer Cindy Blackman Santana during our Season 5 Gala week of tribute performances in January 2017, this night honors the work of her mentor and primary inspiration, master drummer Tony Williams. She was joined by an all-star lineup including the Kronos Quartet, Joe Lovano, Bill Frisell, Terence Blanchard, Edward Simon, Matt Penman, and others.

A bandleader from the start, Blackman Santana made a splash with her all-star 1987 debut before exploding onto the international pop scene with singer Lenny Kravitz. She’s collaborated with Pharoah Sanders, Joe Henderson, Sam Rivers, and Cassandra Wilson in addition to recent work with her husband, guitar icon Carlos Santana.

A hugely influential artist who rose to fame powering Miles Davis’ Second Great Quintet in the mid 1960s, Williams helped pioneer the fusion movement with his Lifetime band. In 1990 the longtime Bay Area resident premiered an SFJAZZ-commissioned work “Rituals” that featured Herbie Hancock and the Bay Area’s Kronos Quartet — a composition that Blackman Santana performs with Kronos for this concert.

to learn more or become an SFJAZZ member, click the “buy tickets” link above.