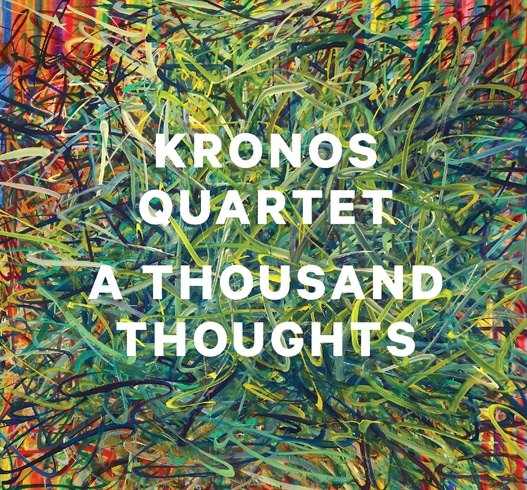 “This is an album about distances, a record about the space inhabiting the ‘between’ category… This is an album about diversity without intellectual compromises. It is how it is because this is the way it is. [A Thousand Thoughts] draws from all latitudes to portray a comprehensive chromatic spectrum of world music, in an effort to offer an accurate depiction not only of the ludicrous variety of existing genres and traditions, but also of the incredible versatility that is proper of the quartet.”

Nonesuch Records, the Kronos Quartet’s longtime label, celebrated the group’s 40th anniversary year with the release of A Thousand Thoughts, which collects 15 recordings, ten of which were previously unreleased, of music that highlights Kronos’ geographically wide-ranging sources. It features music from 14 different countries, including China, India, Sweden, and Vietnam. The album includes the four cellists who have been in Kronos Quartet over the course of their recording career: Joan Jeanrenaud (1978–1999), Jennifer Culp (1999–2005), Jeffrey Zeigler (2005–2013), and Sunny Yang (2013–present).