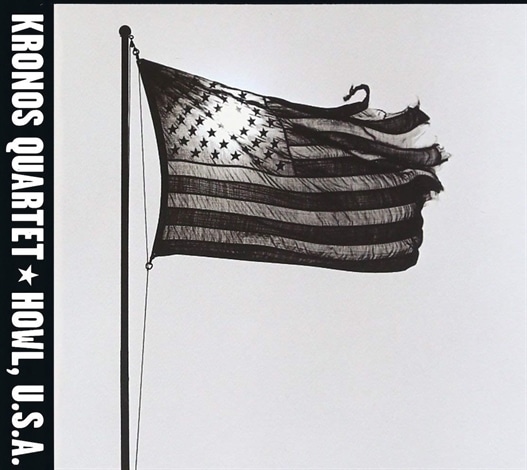 “Michael Daugherty’s acid collage on the words and work of J. Edgar Hoover [is] a hoot, but it’s also deadly serious… by the time you’re through with Sing Sing: J. Edgar Hoover you’re busy looking over your shoulder. [In Scott Johnson’s Cold War Suite, radical journalist I. F.] Stone’s voice is soft, decisive and clear, while Johnson and Kronos mirror his words (which are often repeated) to powerful effect… Quiet though it is, Stone/Johnson is infinitely more disturbing than Hoover/Daugherty. Howl grants a wild aural backdrop to a Whitmanesque epic that helped get the ‘beat’ generation on the rails. The sum effect of his work makes potent stuff of [Allen Ginsberg’s] poetical onslaught… Howl marks a triumphant conclusion to a programme that is as much ‘performance art’ as it is music.”

These pieces incorporate the recorded/sampled voices of politically charged figures Allen Ginsberg, J. Edgar Hoover, and I.F. Stone. “‘People who regularly go to concerts have somehow convinced themselves that music is a refuge, that it’s a place to hide from the world of thoughts and ideas and action,’” Kronos’ David Harrington said in a 2012 interview with Raquel Laneri of the Daily Beast. “‘I’m intending to spend the rest of my life attempting to change that perception,’ he says. The group has played compositions that sampled the journalism of I.F. Stone, accompanied Allen Ginsberg’s Howl, and performed with Howard Zinn and Noam Chomsky. Harrington, who cites Kafka and Rilke as major influences, sees these collaborations as part of Kronos’ wider mission: to bring the entire world, with all its messiness, violence, beauty, and humanity, into the all-too protected, bubblelike classical-music venue.”