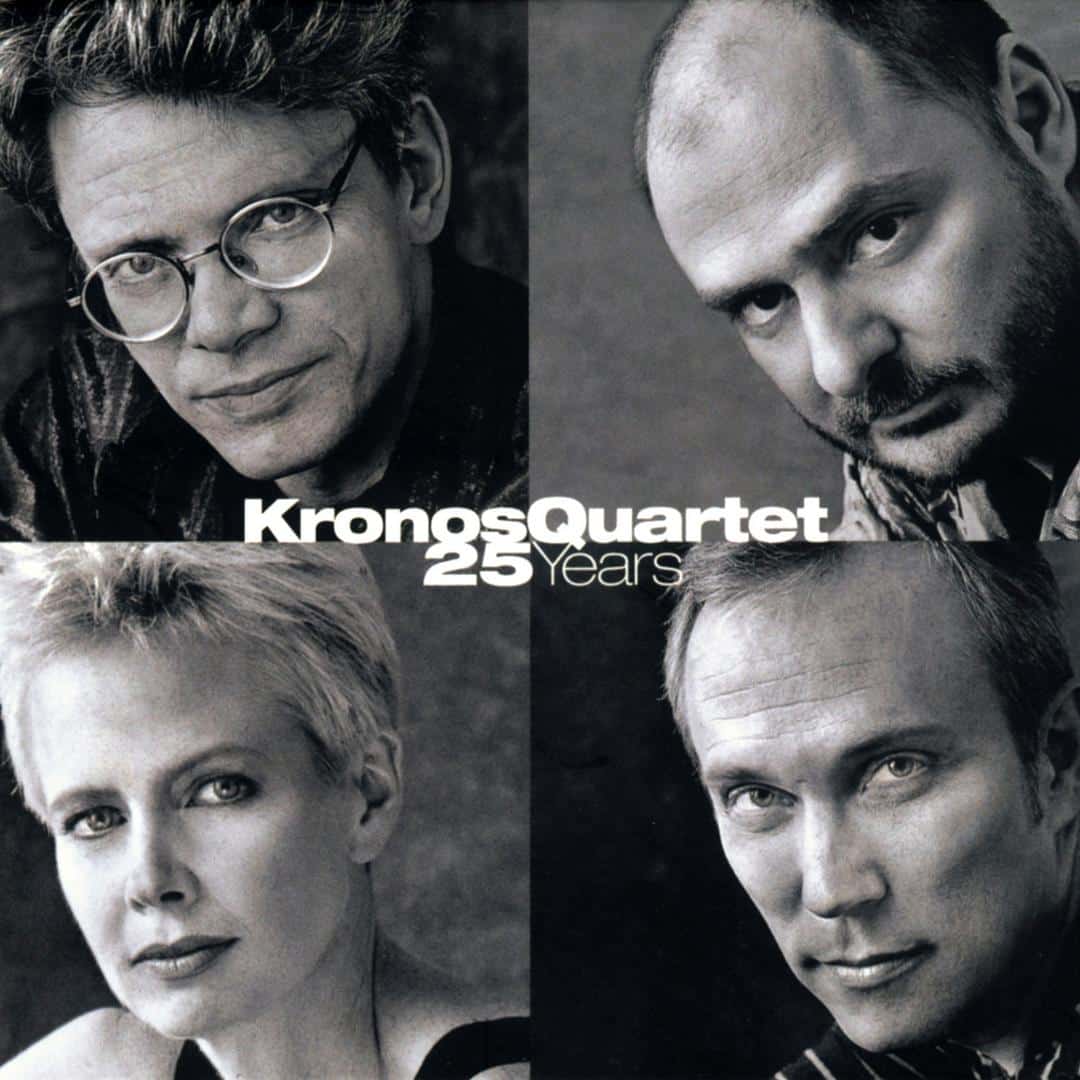 “With 31 works by 17 composers, the set isn’t just Kronos’ Greatest Hits. The set gives a fleshed-out picture of late-20th-century music, and what’s exciting is that it’s not neutrally representative. Twentieth-century music is generally thought to be complex, atonal, dissonant and expressive of modern anxiety; no music here fits that bill. Nor is any of it mindlessly pandering or New Agey, in what is often alleged to be the only alternative. Instead, there is a vision: a vision of a new musical world order after Minimalism… Moreover, 25 Years makes the point that these players have, after all, not only eclectic but also excellent taste in music, and that they have detoured way outside the well-worn ruts to find a new mainstream just as relevant to our time as the old, but without cliches. The pieces in this repertory give the impression that the late 20th century might after all have been, to reverse Debussy’s comment on Wagner, a glorious dawn mistaken for a sunset.”

From Alan Rich’s liner note: “Spending time with Kronos in the sparse apartment that serves as their rehearsal space, you get the sense that these avatars of artistic democracy are in charge of their own destiny to a degree uncommon in today’s musical world. ‘At the start of Kronos,’ says [David] Harrington [artistic director, founder and violinist], ‘I kept running into the depressing realization that an art form that I grew up loving seemed to be controlled by people removed from the heart of the music. I wanted to avoid that situation; from the beginning Kronos has been completely self-governing. The music we play and the way we play it emanate from our personalities and desires.’ …

“Whether by accident or design, Kronos’  chosen path has neatly bypassed the perils of routine and stasis: Kronos simply has not, in its glorious quartet-century of exploration, invention, and innovation, found the time to be bored…. As its members have redefined the substance of the string-quartet repertoire, it has also led its cheering throngs to redefine the very nature of the chamber-music experience.”

From Robert Hurwitz’s liner note: “While we were discussing what to include in this box – talk about possibilities, with over four hundred pieces written or arranged for them, not to mention the many other compositions they have performed and recorded – there were many heated conversations about what music could genuinely represent Kronos… The end result is a collection that I believe accomplishes three things. It shows Kronos’ sound and interpretive range – how they play. It reflects their role in the creation of so much music of quality. And finally, in presenting these pieces together, this surprisingly varied collection makes a statement about music in the last quarter of this incredible century.”