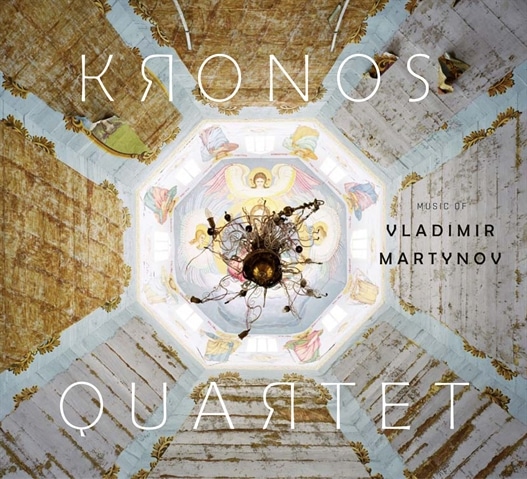 “Martynov brings a new perspective to the tradition of European music shaped by mysticism and minimalism. On the surface Martynov’s music doesn’t have an immediate resemblance to minimalism (apart from the directness of its tonal language), but like minimalism it uses repetition as a structural element and it is concerned with the perception of the passage of time, which it tends to stretch out with almost unbearable poignancy into what commentator Greg Dubinsky describes as ‘a prolonged state of grace.’… The performances are wrenchingly heartfelt…  [the] sound is clean, warmly immediate, and vibrant. Martynov could provide an ideal entryway into contemporary music for listeners open to new works and new ideas, but who tend to be shy of dissonance.”

Born in Moscow in 1946, Martynov was the son of a well-known musicologist and writer. He studied music from a young age and attended the Conservatory before expanding his musical pursuits beyond the traditional classical canon and into folk songs, early music, avant-garde, rock, and electronic music. In 1979, he entered the Spiritual Academy at the Trinity Lavra of St. Sergius, where he worked on preserving and restoring traditional Russian Orthodox chant. He returned to composition in the 1990s with a new style that combined the traditions of American minimalism with the repetitive chant of Russian Orthodoxy.