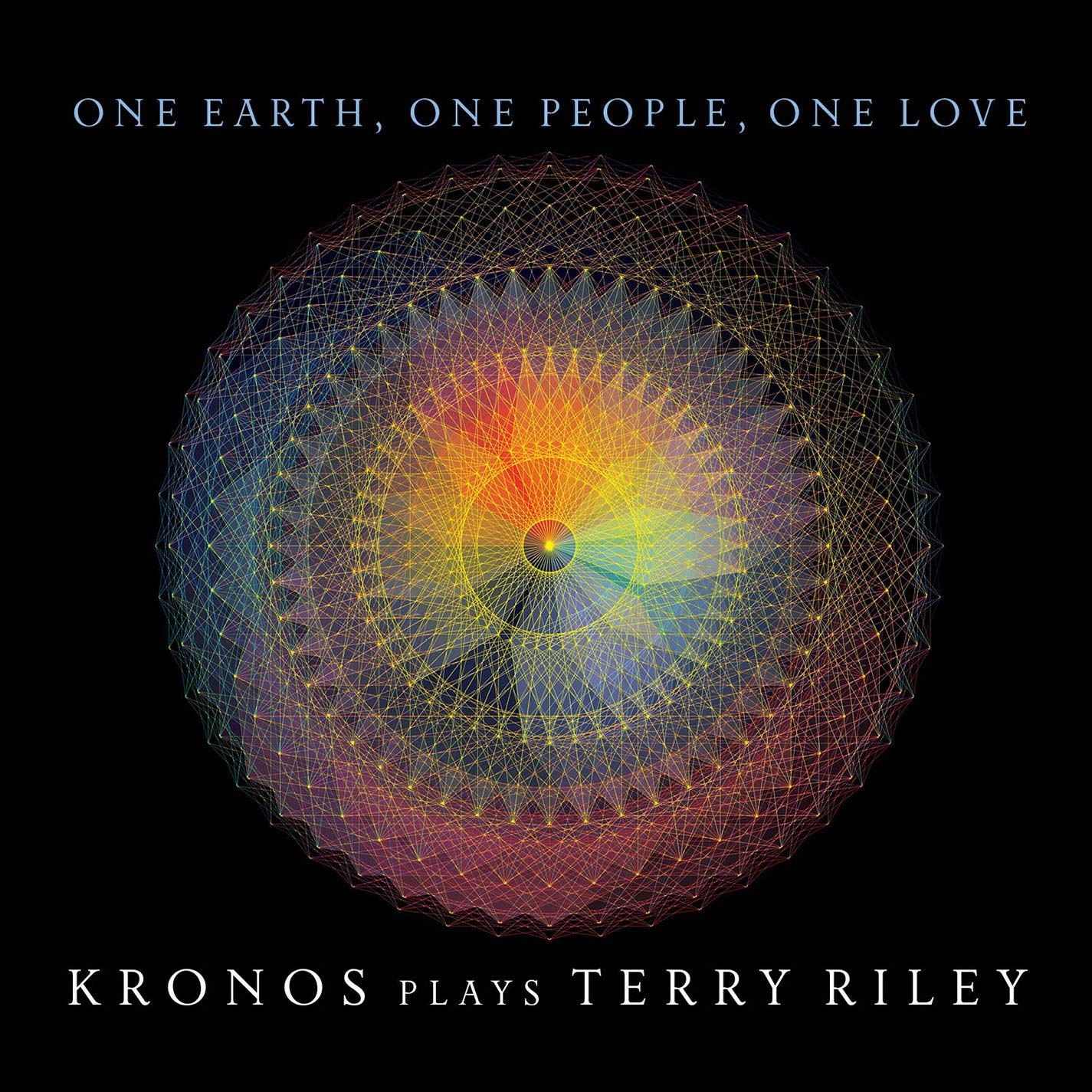 “Taken cumulatively, the result feels like an attempt to help us see a major aspect of Riley’s art on its own terms. Riley’s string quartet music reveals the interpretive limitation of the ‘minimalist’ tag. In his writing for Kronos, Riley variously employs raga patterns, jazz harmonies, and chromatic dissonance. … The diversity of the music and its emotional range are anything but compact in scale [in Salome Dances for Peace]. Likewise, the surprising synthesized brass section that pops up in Requiem for Adam’s second movement highlights a daring compositional mind at work. While I’d previously paid scant attention to The Cusp of Magic, this box set helps prepare the listener for Riley’s increasingly hybrid aesthetic over time.”

In honor of American composer Terry Riley’s 80th birthday, Nonesuch Records released One Earth, One People, One Love: Kronos Plays Terry Riley—a five-disc box set of four albums of his work composed for, and performed by, the Kronos Quartet. Riley and Kronos met in 1978, and since then, the quartet has commissioned nearly 30 works from him, more than from any other composer in the group’s history.

The One Earth, One People, One Love set includes three albums previously released by Nonesuch—the two-disc album Salome Dances for Peace (1989), Requiem for Adam (2001), and The Cusp of Magic (2008)—as well as a new disc called Sunrise of the Planetary Dream Collector: Music of Terry Riley.

Dedicated to the memory of Laurence Neff