"THE KRONOS QUARTET HAS BROKEN THE BOUNDARIES OF WHAT STRING QUARTETS DO."
– THE NEW YORK TIMES

For over 45 years, San Francisco’s Kronos Quartet – David Harrington (violin), John Sherba (violin), Hank Dutt (viola), and Sunny Yang (cello) – has pursued a singular artistic vision, combining a spirit of fearless exploration with a commitment to continually reimagine the string quartet experience. In the process, Kronos has become one of the most celebrated and influential groups of our time, performing thousands of concerts worldwide, releasing more than 60 recordings of extraordinary breadth and creativity, collaborating with many of the world’s most accomplished composers and performers, and commissioning more than 1,000 works and arrangements for string quartet.

Integral to Kronos’ work is a series of long-running, in-depth collaborations with many of the world’s foremost composers. One of the quartet’s most frequent composer-collaborators is “Father of Minimalism” Terry Riley, whose work with Kronos includes Salome Dances for Peace (1985–86); Sun Rings (2002), a NASA-commissioned multimedia ode to the earth and its people that features celestial sounds and images from space; and The Serquent Risadome, premiered during Kronos’ 40th Anniversary Celebration at Carnegie Hall in 2014. In 2015, Kronos’ longtime label Nonesuch Records released One Earth, One People, One Love: Kronos Plays Terry Riley, a five-disc, four-album box set dedicated to Riley that included the new release Sunrise of the Planetary Dream Collector: Music of Terry Riley. Kronos commissioned and recorded the three string quartets of Polish composer Henryk Górecki, with whom the group worked for more than 25 years. The quartet has also collaborated extensively with composers such as Philip Glass, recording an album of his string quartets in 1995 and premiering String Quartets No. 6 in 2013 and No. 7 in 2014; Azerbaijan’s Franghiz Ali-Zadeh, whose works are featured on the full-length 2005 release Mugam Sayagi; Steve Reich, of whose work Kronos has recorded the Grammy-winning composition Different Trains (1989), Triple Quartet (2001), and WTC 9/11 (2011); among many other composers and arrangers. 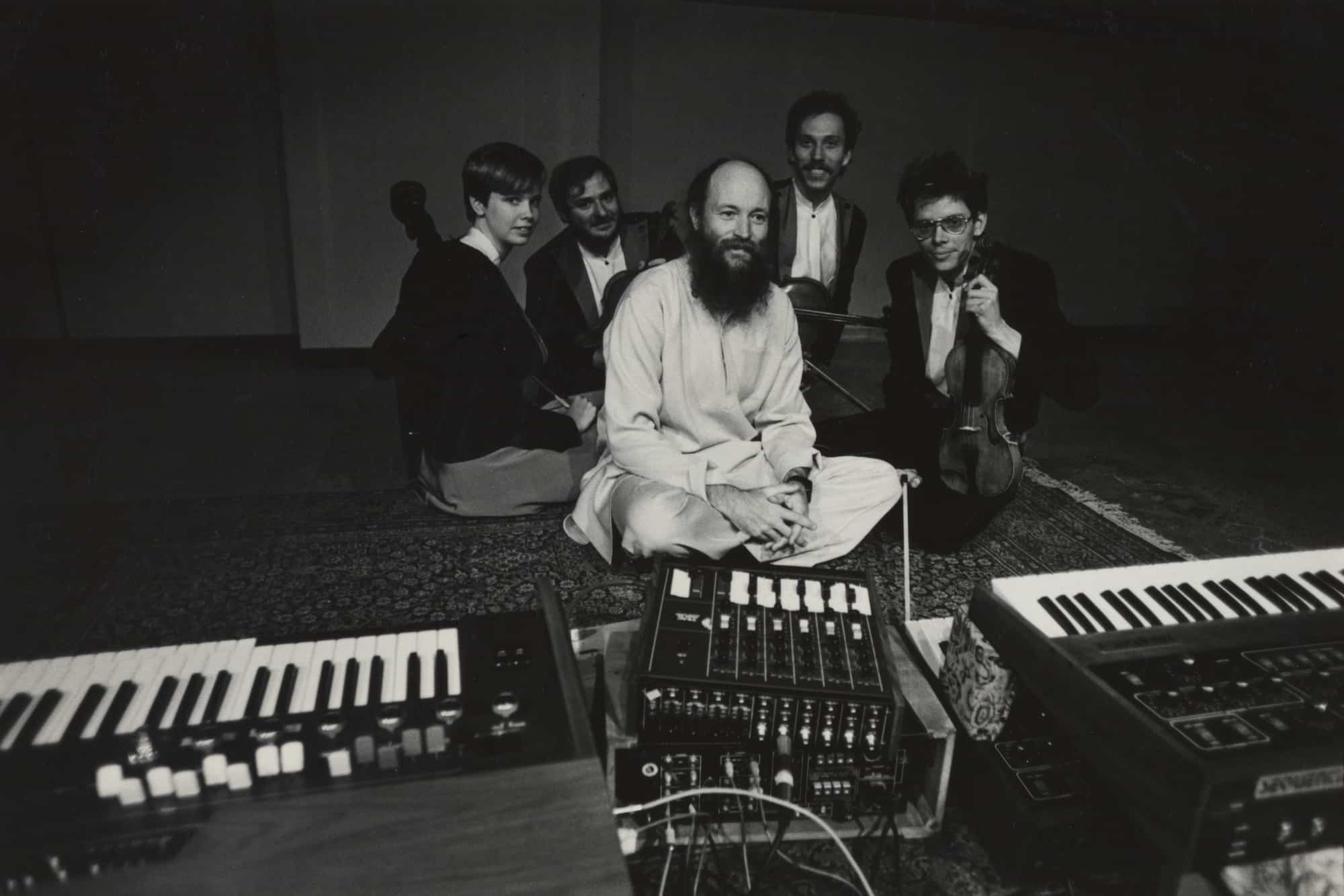 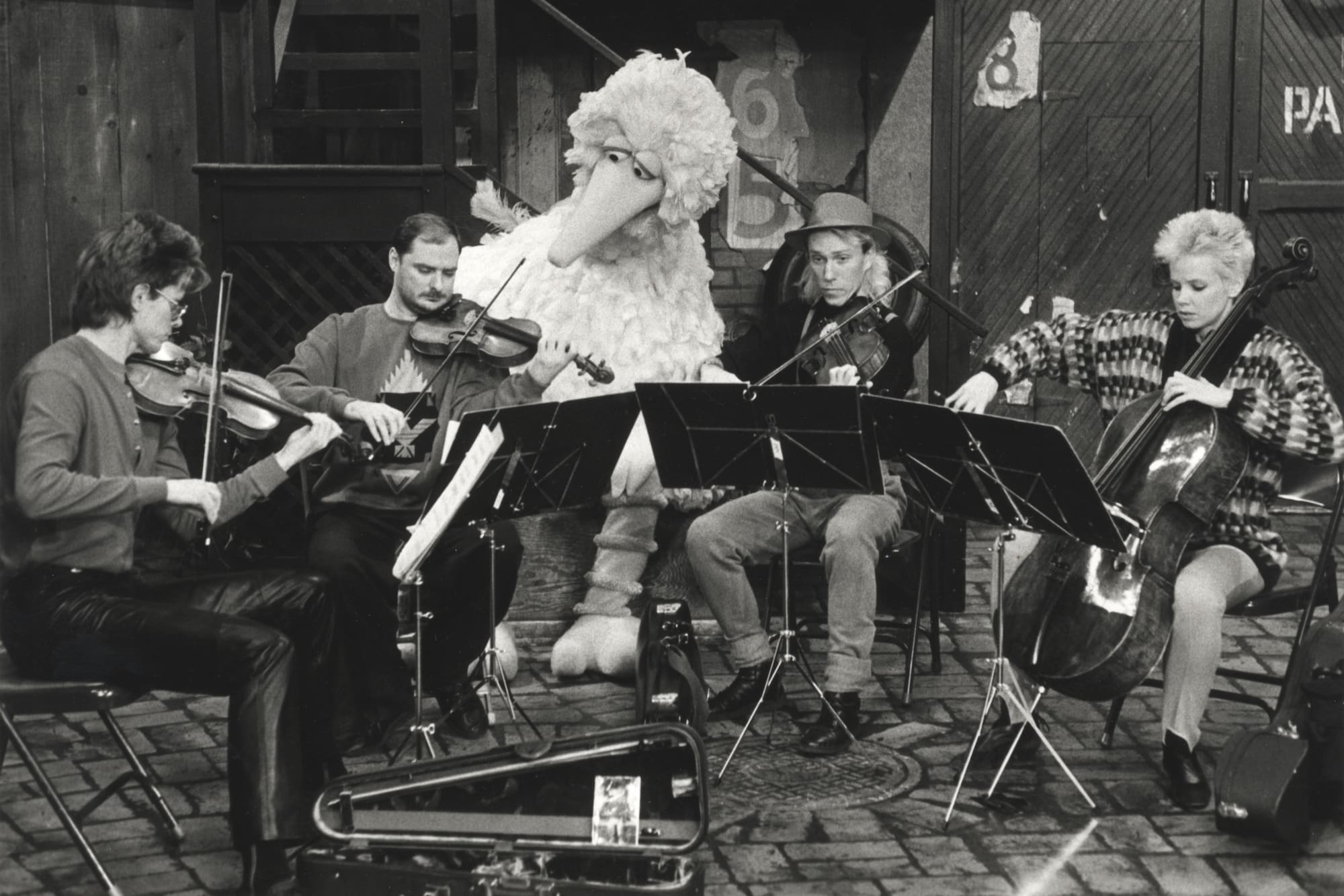 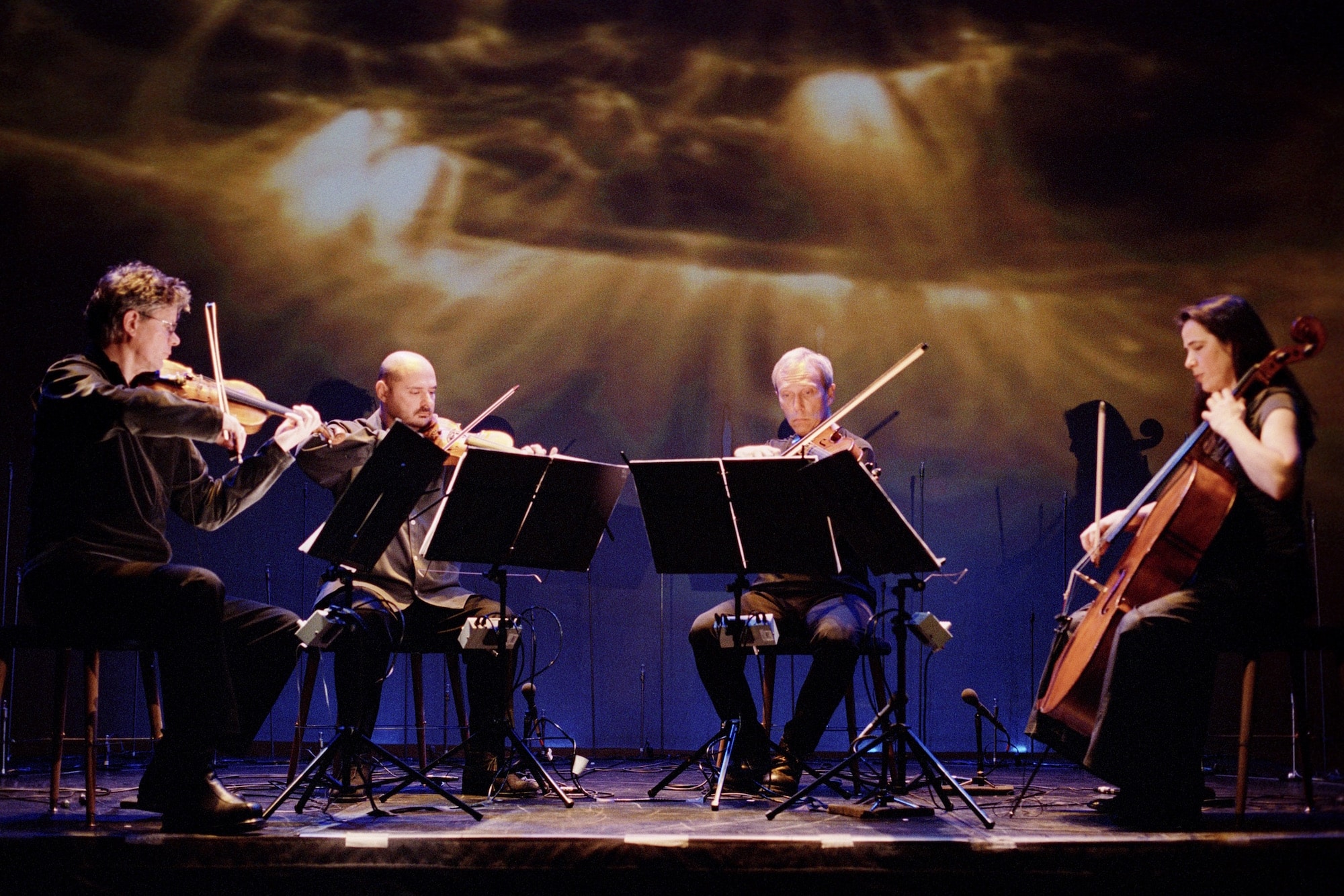 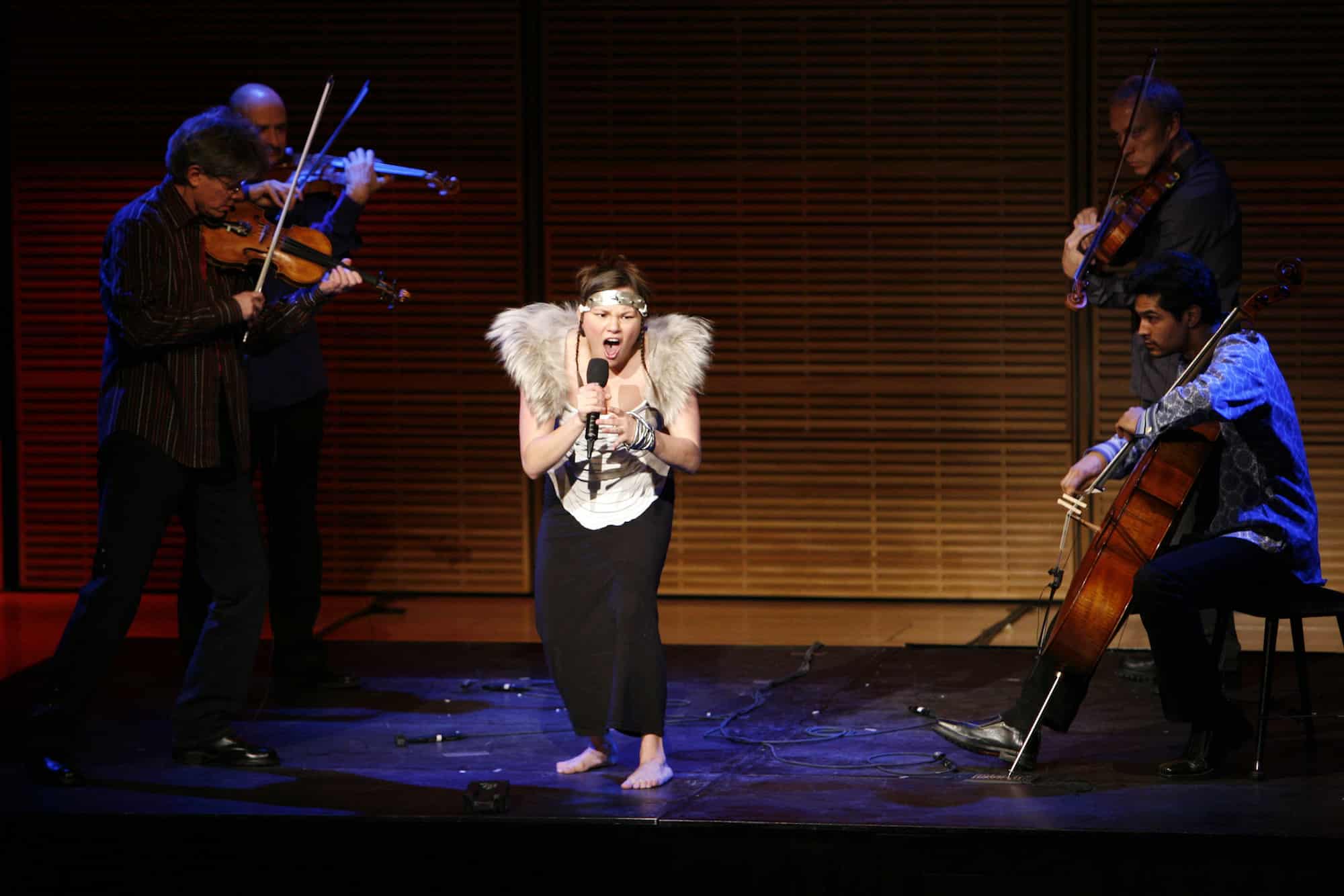 Kronos’ work has been featured prominently in a number of films, including the Academy Award–nominated documentaries How to Survive a Plague (2012) and Dirty Wars (2013), for which Kronos’ David Harrington served as Music Supervisor. Kronos also recorded complete film scores by Philip Glass for Dracula, a 1999 restored edition of the 1931 Tod Browning-directed Bela Lugosi classic; Clint Mansell for the Darren Aronofsky films The Fountain (2006) and Requiem for a Dream (2000); Terry Riley for François Girard’s Hochelaga terre des âmes (2017); and Jacob Garchik for Guy Maddin’s The Green Fog (2017). Additional films featuring Kronos’ music include Mishima: A Life in Four Chapters (1985), La grande bellezza (The Great Beauty) (2013), 21 Grams (2003), Heat (1995), and True Stories (1986), among others. A Thousand Thoughts: A live documentary with the Kronos Quartet, written and directed by Sam Green and Joe Bini, features live narration by Green and live music by Kronos. It premiered in 2018 at the Sundance Film Festival and Wexner Center for the Arts at The Ohio State University. 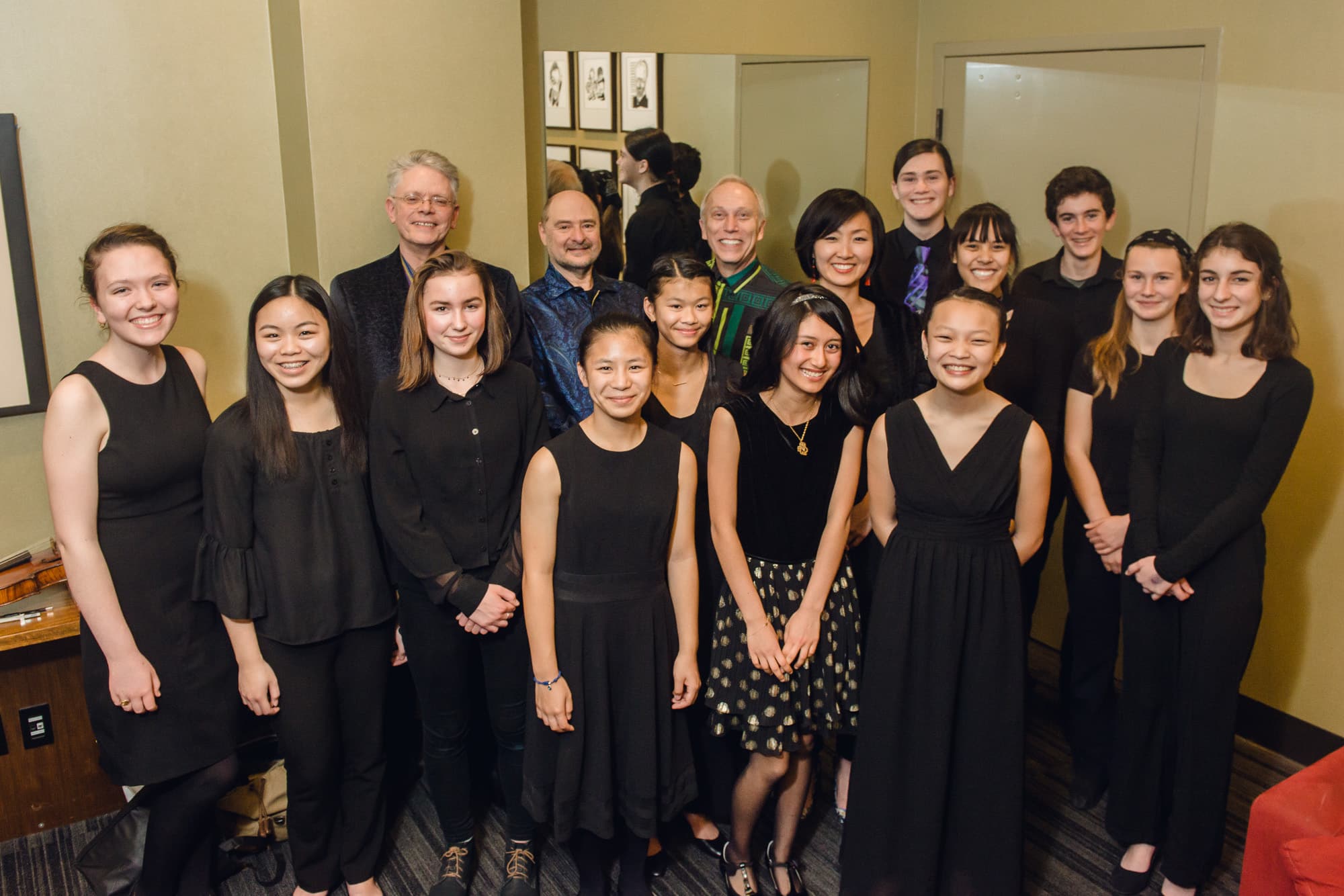 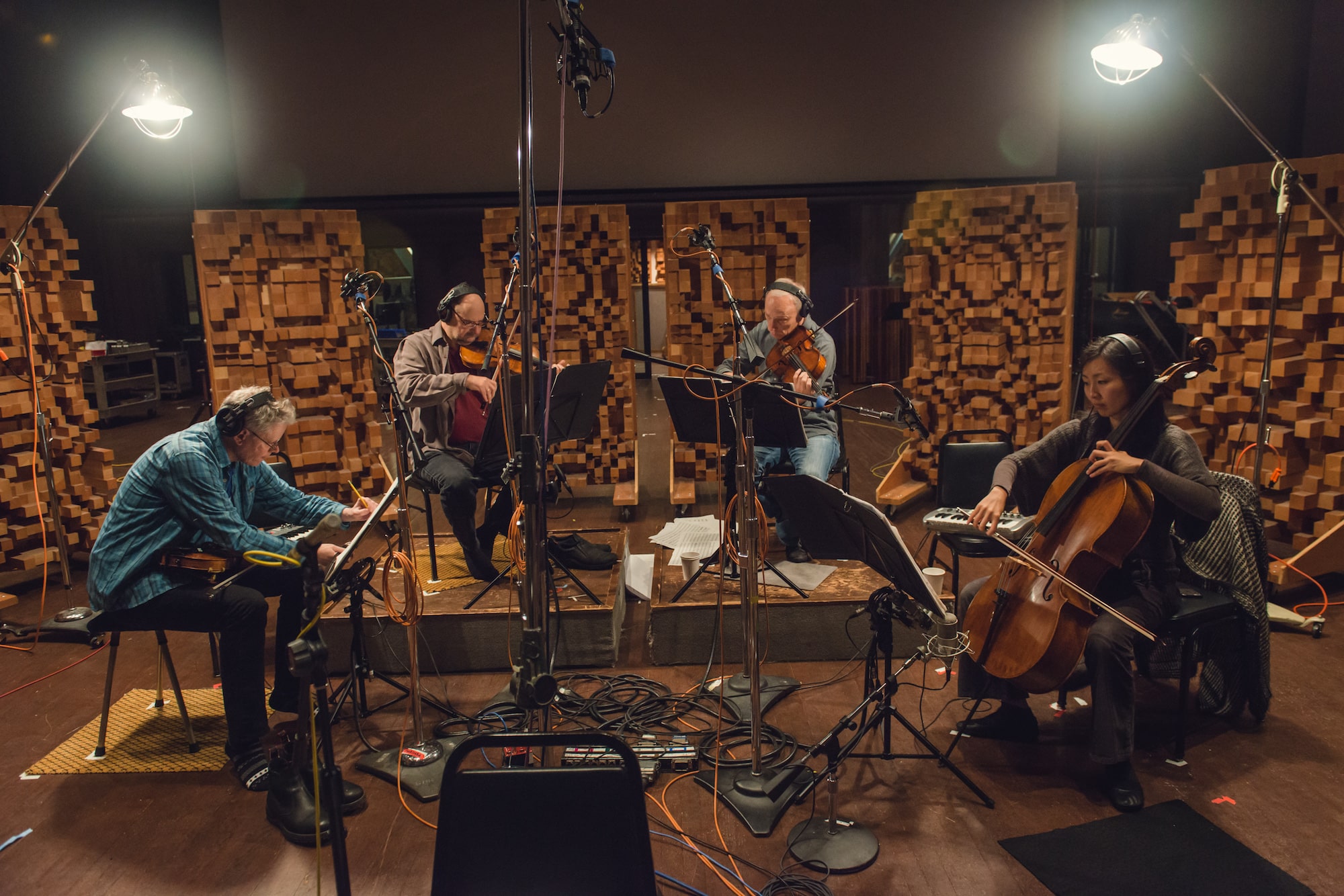 In addition to its role as a performing and recording ensemble, the quartet is committed to mentoring emerging performers and composers and has led workshops, master classes, and other education programs with Carnegie Hall’s Weill Music Institute, Kaufman Music Center’s Face the Music, Ruth Asawa San Francisco School of the Arts, San Francisco Conservatory of Music, and through the Embassy Adoption Program (a program of Washington Performing Arts and District of Columbia Public Schools), among other institutions in the U.S. and overseas. Kronos has recently undertaken extended educational residencies at UC Berkeley’s Cal Performances, Holland Festival, Texas Performing Arts Association at the University of Texas at Austin, New York University Abu Dhabi, and Mount Royal University Conservatory.