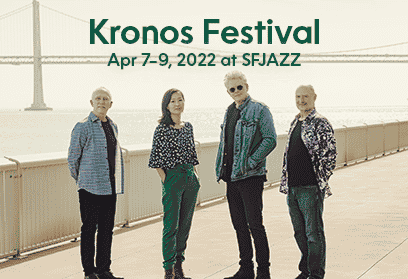 with Jacob Garchik and student musicians

* Written for Kronos
** Composed for 50 for the Future: The Kronos Learning Repertoire
+ Arranged for Kronos

Additional programming to be announced. Program subject to change.