The Kronos Quartet is honored that Landfall, our Nonesuch Records album with Laurie Anderson, has been nominated for a 2019 Grammy Award in the Best Chamber Music/Small Ensemble Performance category. Congratulations to all of the nominees, including several other Nonesuch artists and Kronos’ longtime producer Judy Sherman, who was nominated – again – as the Classical Producer of the Year.

The idea for a collaboration began in 1989, but was not realized until 2011. Anderson developed Landfall with Kronos through a series of workshops at her studio – as she writes in the liner notes: “I prepared rhythmic and atmospheric loops made of violin phrases, sound effects, and passages I constructed with the Optigan, an electronic keyboard which was essentially a toy made by Mattel in the early 70s… I made hundreds of loops. My method in the workshops was asking the quartet to play these loops acoustically, breaking their elements into four parts. Sometimes I asked them to improvise on top of them.” Her music was transcribed by frequent Kronos collaborator Jacob Garchik, who also worked with Anderson and Kronos to arrange the piece. 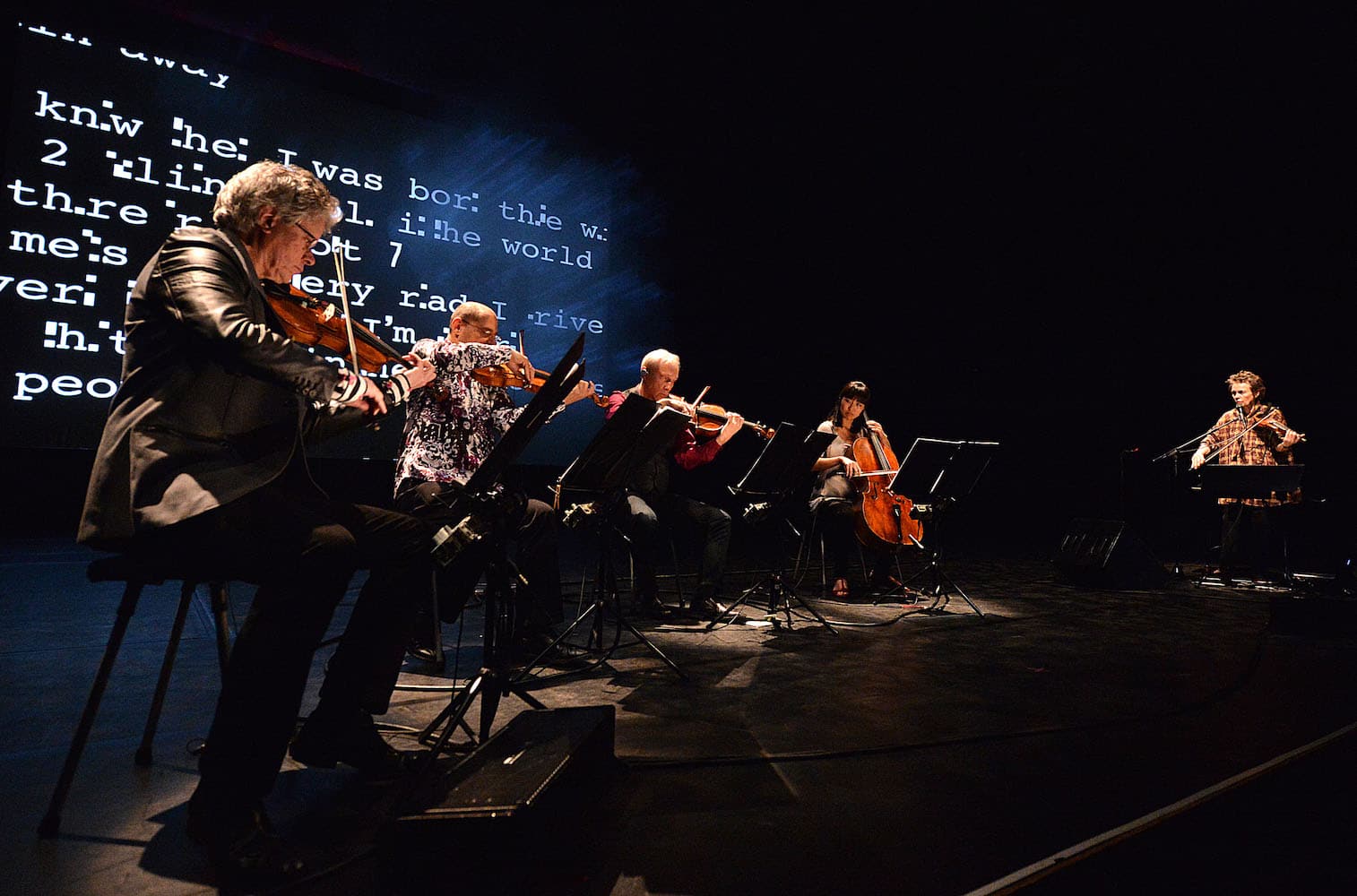 Landfall live at the Barbican in London, 2013 / credit Mark Allan

Landfall premiered at the University of Maryland’s Clarice Smith Performing Arts Center on February 1, 2013. Produced by Pomegranate Arts with Kronos Performing Arts Association, the project – a live multimedia performance incorporating a software that converted musical sounds into words and phrases which were then projected onto a screen at the back of the stage – also included the contributions of Liubo Borrisov, Bob Currie, Konrad Kaczmarek, Shane Koss and Brian H. Scott. “There have been magical performances [of Landfall] that feel like they say something we didn’t know we were capable of,” David Harrington, artistic director, founder and violinist of Kronos Quartet, said in an interview with The Quietus earlier this year. “The way the sound is developing and changing, the way the sound is so alive in its variety – there’s nothing like it in our recorded work.”

Thank you to Scott Fraser who recorded, edited, mixed and co-produced this recording. He “did an absolutely incredible job of realizing the ideas we all had and took it to a level that we couldn’t have imagined,” said Harrington.