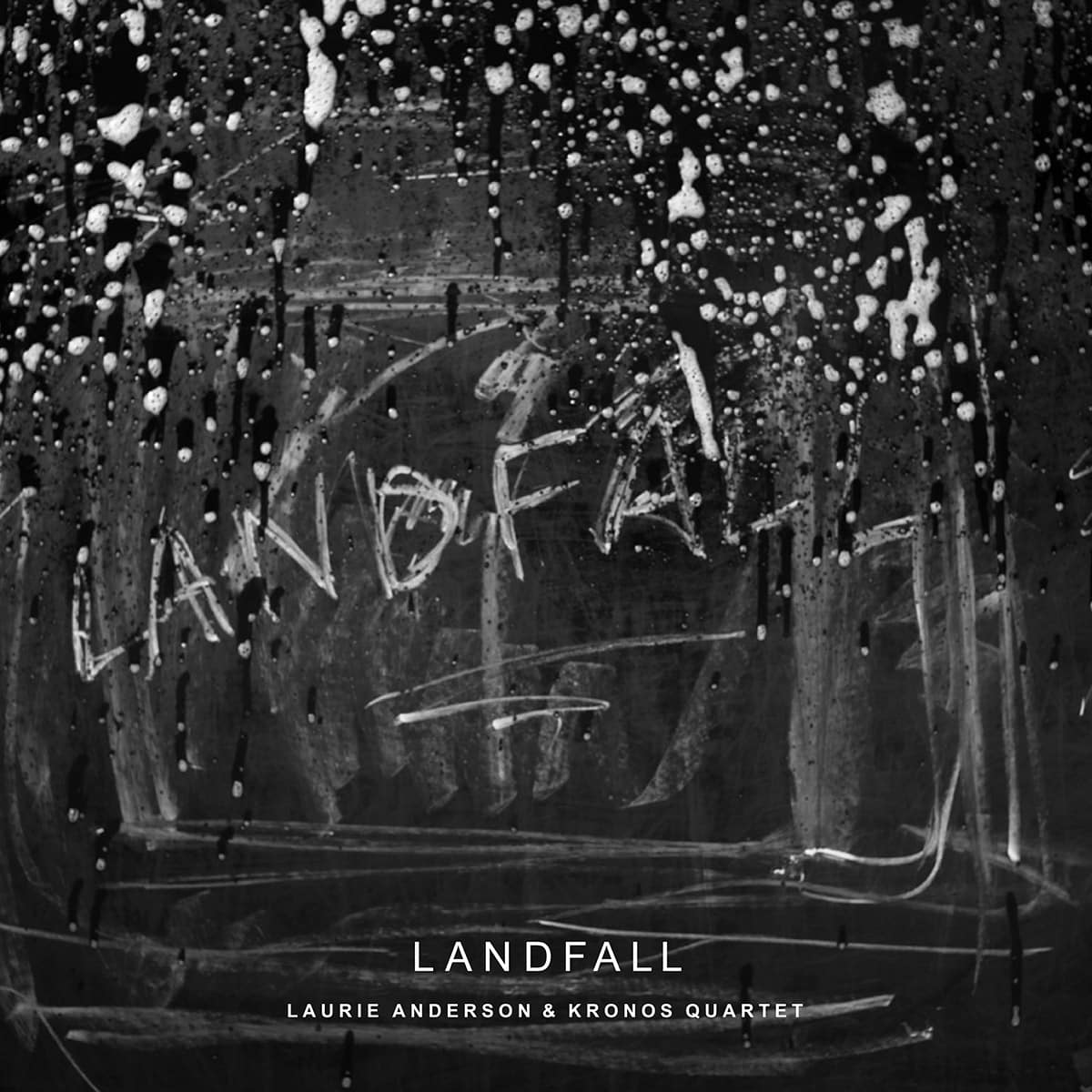 “Laurie Anderson’s collaboration with the San Francisco-based string quartet presents a powerful, elegiac cycle of songs that show how human memory can be stronger than catastrophe.”

Laurie Anderson and Kronos Quartet’s Landfall was inspired by Anderson’s experience of Hurricane Sandy. It juxtaposes electronics and strings with Anderson’s descriptions of loss, from water-logged pianos to disappearing animal species to Dutch karaoke bars. The original multimedia stage production also included projected text that was triggered by the live instruments through Erst, a software developed by Anderson and programmed by Liubo Borissov. Examples of this text are included in the official music videos for the album.