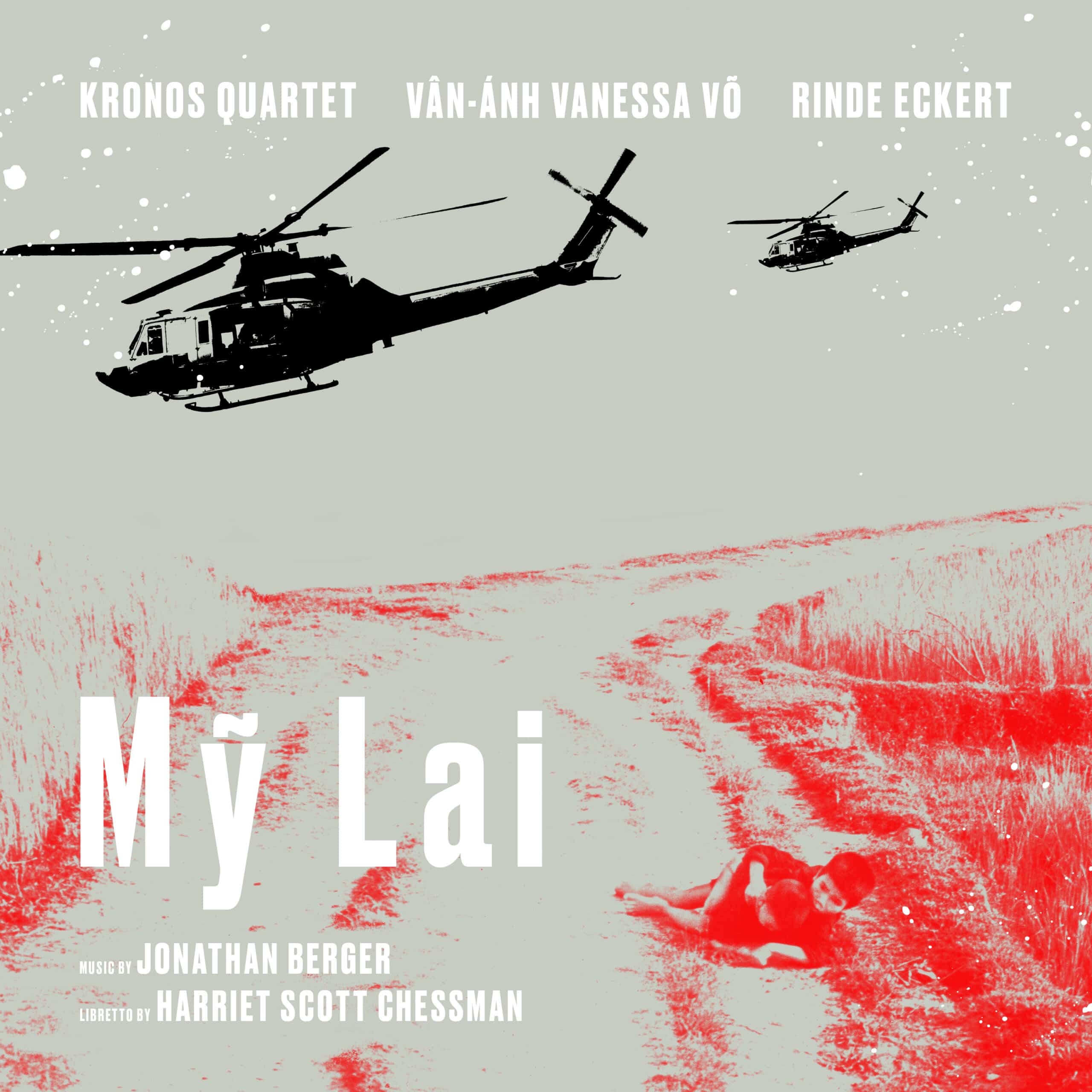 On March 16, 1968, the United States Army killed over 500 unarmed civilians in the hamlet of Mỹ Lai, Vietnam. The unimaginable brutality of the event impacted all those who witnessed it firsthand, including helicopter pilot Hugh Thompson, who, against orders, intervened to save Vietnamese lives. Thompson’s story is the basis of the opera Mỹ Lai, composed by Jonathan Berger (music) and Harriet Scott Chessman (libretto) for Kronos Quartet, Vietnamese multi-instrumentalist Vân-Ánh Vanessa Võ, and vocalist Rinde Eckert. This recording of Mỹ Lai captures the visceral, phantasmal depictions of Thompson’s grief, horror, and guilt as he is haunted by persistent memories of that cataclysmic day, half a world and nearly four decades away. Tense and unforgiving, Mỹ Lai is “a gripping affair, beginning to end” (New York Times). Presented here alongside recollections by Vietnamese survivor Trần Văn Đức, it is a memorial to all the Mỹ Lai villagers killed on that grim day.

Mỹ Lai (Smithsonian Folkways), the acclaimed opera composed by Jonathan Berger with libretto by Harriet Scott Chessman, is a powerful story about the Mỹ Lai massacre and the ethical dilemmas of an individual placed in an impossible situation, with a dramatic score emphasizing the bleakness and horror of the Vietnam War. The opera for tenor, string quartet, and Vietnamese instruments features vocalist Rinde Eckert and multi-instrumentalist Vân-Ánh Vanessa Võ, who plays the t’rưng, đàn bầu, and đàn tranh.

Mỹ Lai centers on Warrant Officer Hugh Thompson, the U.S. Army helicopter pilot who intervened in the U.S. Army massacre of over 500 unarmed South Vietnamese civilians – nearly half of them children – in the hamlet of Mỹ Lai on March 16, 1968. Appalled by what he saw, Thompson interceded by reporting the incident, landing his helicopter between the civilians and the troops in an attempt to prevent further bloodshed, and threatened to open fire on soldiers from his own country. Failing to stop the carnage, he flew a wounded child to safety, and his subsequent refusal to remain silent about the massacre forced an inquiry and trial that shocked the nation, yet it left Thompson vilified as a disloyal outcast for much of his life. The recording is dedicated to the memory of Larry Colburn, one of the three soldiers on the helicopter, who attended the world premiere performance of Mỹ Lai in Chicago.

“The musical materials of Mỹ Lai are largely derived from a prayer recited near the conclusion of Yom Kippur, the Jewish Day of Atonement, beseeching pardon before the doors of judgment close,” says composer Jonathan Berger. “The musical reference is used in the scenes where Thompson opens the helicopter door in an attempt to stop the massacre, and in the surreal television game show in which he becomes an unwilling contestant forced to guess what’s behind a hidden door.” The monodrama is set in a hospital where Thompson is dying from cancer. Feeling neither heroic nor particularly proud of what he did, he grapples with the memories of his naïve, idealistic attempt to stop the carnage in an effort to seek closure and resolution on one of the darkest moments of the Vietnam War.

Dedicated to the memory of Larry Colburn

Mỹ Lai was commissioned for the Kronos Quartet, Rinde Eckert, and Vân-Ánh Võ by the Harris Theater for Music and Dance with support from the Laura and Ricardo Rosenkranz Artistic Innovation Fund, the Andrew W. Mellon Foundation, the Gerbode-Hewlett Foundations 2013 Music Commissioning Awards initiative, and the National Endowment for the Arts. Mỹ Lai had its world premiere at the Harris Theater in Chicago, IL on January 29, 2016. The production has since been presented by Singapore International Festival of Arts in Singapore; BAM’s Next Wave Festival in Brooklyn, NY; Cal Performances in Berkeley, CA; Center for the Art of Performance at UCLA in Los Angeles, CA; and Hancher Auditorium in Iowa City, IA. Mỹ Lai was recorded with support from Donald and Karen Evarts.​