Thanks for tuning in! KRONOS FESTIVAL was broadcast online from June 11 – August 31, 2021.

You can still view our two KRONOS FESTIVAL Labs:

For our friends in the San Francisco Bay Area: Ellen Reid SOUNDWALK will remain accessible through June 2024.

KRONOS FESTIVAL opens with the world premiere of ZonelyHearts, with music and film by Canadian composer Nicole Lizée. In another world premiere, Korean composer Soo Yeon Lyuh performs Tattoo, a new work with film by Danny Kim, written in response to a harrowing incident in Berkeley, California in which someone fired a gun at her car. ‘Wawani,’ the first of three pieces by Malian singer Hawa Kassé Mady Diabaté to premiere at the festival, features Diabaté’s joyous performance with daughter Rokia Kouyaté captured in a vibrant film shot in Mali. Mahsa Vahdat’s Vaya, Vaya, with music and text by the Iranian singer, is a deep expression of longing, with film by Laurie Olinder.  Stacy Garrop‘s Glorious Mahalia, a celebration of the artistry of Gospel icon Mahalia Jackson, in featured in the world premiere of a new film with San Francisco dance artist Tadi Todi. Also on the program: inti figgis-vizueta‘s Music for Transitions, performed by special guest Andrew Yee, Clint Mansell’s ominous ‘Lux Aeterna,’ Jlin’s driving, insistent Little Black Book, and Pete Seeger’s antiwar lament Where Have All the Flowers Gone?, with folksingers Sam Amidon, Brian Carpenter, Lee Knight, and Aoife O’Donovan.

Program #3 closes KRONOS FESTIVAL with a focus on the Black American struggle for civil rights. Kronos is joined by San Francisco Poet Laureate Tongo Eisen-Martin in Third in the World, a new film with original poetry. Abel Meeropol’s Strange Fruit, made famous by Billie Holiday, is heard in an arrangement by Jacob Garchik. The recorded voice of civil rights leader Dr. Clarence B. Jones is featured in an excerpt from Zachary James Watkins’ Peace Be Till. The third of Diabaté’s world premieres, ‘Kalime,’ is a buoyant triple-meter song with a melancholy tinge. Also on the program: A Body in Fukushima, with music by David Harrington, in which legendary movement artist Eiko Otake (of Eiko and Koma) dances on the beach in Fukushima, Japan, near the site of the nuclear plant disaster of 2011. Closing the festival on an uplifting note is Terry Riley‘s ‘One Earth, One People, One Love’ from Sun Rings.

A new program made specially for kids (30 minutes)

KRONOS FESTIVAL Kids! is a sparkling collection of short films with music, including Kronos Makes Sounds With Stuff by composer Danny Clay; 3000 Reefs, with stunning underwater cinematography by Julia Sumerling and music by Aftab Darvishi; Music of the Birds, with avian-inspired music and film by Sahba Aminikia, featuring the San Francisco Girls Chorus, young people from the Sirkhane Social Circus School, and ornithologists from the Smithsonian Institution and and around the country; ‘Funtukuru,’ an exuberant song by Hawa Kassé Mady Diabaté; Chebiyat Muqam – Third Dastan, a traditional melody arranged by Wu Man and performed by young musicians from Oakland School for the Arts and Ruth Asawa San Francisco School of the Arts. Also featured: George Crumb‘s haunting ‘God-music’ from Black Angels, an excerpt from Garth Knox‘s cosmic Satellites, and Bill Steele’s environmental anthem Garbage, made famous by Pete Seeger and performed by singer Lee Knight with Kronos.

Michael Hearst’s A Song For The Sea Pig (7 minutes)
In this charming mini-documentary, composer and author Michael Hearst investigates the mysteries of the invertebrate sea pig, an unusual creature that lives at the bottom of the ocean floor. Kronos lends a hand by playing musical toys and their instruments to create “sea pig sounds.”

Brooke Gladstone, journalist and host of WNYC’s On the Media, interviews David, John, Hank, and Sunny about their personal histories, festival highlights, and what it’s been like to be performing musicians in the midst of a pandemic.

In this conversation with young artists at Sunset Youth Services (SYS), we listen to new works and discuss Kronos Music: Remix, a collaborative project between SYS and Kronos that supports young music producers, engineers, and hip hop artists as they deconstruct and sample recordings from Kronos’ Fifty for the Future to create their own music.

Ellen Reid SOUNDWALK in Golden Gate Park is presented by KRONOS FESTIVAL in association with McEvoy Foundation for the Arts. McEvoy Arts’ related exhibition Next to You (May 28 – December 4, 2021), celebrates the joy, vitality, and healing power of the performing arts through partnerships and events with dynamic Bay Area cultural organizations.

Brooke Gladstone, journalist and host of WNYC’s On the Media, interviews David, John, Hank, and Sunny about their personal histories, festival highlights, and what it’s been like to be performing musicians in the midst of a pandemic.

In this conversation with young artists at Sunset Youth Services (SYS), we listen to new works and discuss Kronos Music: Remix, a collaborative project between SYS and Kronos that supports young music producers, engineers, and hip hop artists as they deconstruct and sample recordings from Kronos’ Fifty for the Future to create their own music.

KRONOS FESTIVAL features works by more than 20 guest performers, and highlights the work of Kronos’ artistic collaborators and community partners. Art, activism, and the fight for civil rights are key themes in Kronos’ works, represented at the festival in pieces by Sahba Aminikia, Nicole Lizée, Bill Morrison, Tongo Eisen-Martin, Eiko Otake, Pete Seeger, Valerie Soe, Vân-Ánh Võ, and Zachary James Watkins. Many of Kronos’ signature works are featured, including Clint Mansell’s ‘Lux Aeterna’ from Darren Aronofsky’s Requiem for a Dream, ‘God-music’ from George Crumb’s Black Angels, Frank Zappa’s None of the Above, Terry Riley’s ‘One Earth, One People, One Love’ and Vladimir Martynov’s The Beatitudes. Also featured are eight pieces that were commissioned as part of Kronos’ groundbreaking Fifty for the Future project. And in a beautiful tribute to its hometown of San Francisco, Kronos will headline composer Ellen Reid’s acclaimed SOUNDWALK, a self-guided, GPS-enabled public art work, which will make its Bay Area debut in Golden Gate Park (June 12).

The world premieres include compositions by Sahba Aminikia, Hawa Kassé Mady Diabaté, Nicole Lizée, Soo Yeon Lyuh, Mahsa Vahdat, and Vân-Ánh Võ, among others. Along with three 45-minute concerts (June 11, 16, and 18), this year’s festival features KRONOS FESTIVAL Kids!, a lively and engaging 30-minute presentation for audiences of all ages (June 13).

Kronos has achieved lasting renown for transforming the string quartet concert into an immersive experience with lighting, video, audience participation, and more. In similar fashion, KRONOS FESTIVAL’s programs stand apart from the usual music streams. Rather than capturing a continuous concert, each program is a mosaic of original films and performances. Kronos will present short films between June 13 – 17, with contributions from such noted filmmakers as Sam Green (world premiere), Bill Morrison (world premiere), and Valerie Soe, constituting a mini-festival within the festival. The programs will also feature new short films from the American Folklife Center at the Library of Congress, created to illuminate and contextualize specific musical works.

THANK YOU TO OUR FUNDERS AND PARTNERS 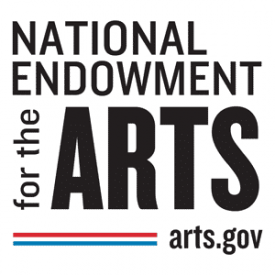 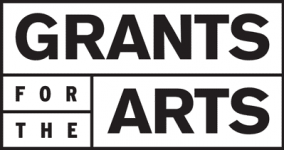 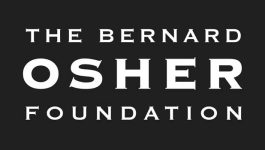 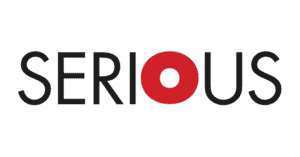 KRONOS FESTIVAL is produced by the Kronos Performing Arts Association (KPAA) and is part of the San Francisco-based 501(c)3 nonprofit’s KRONOS PRESENTS program. KRONOS FESTIVAL is made possible by generous support from the Clarence E. Heller Charitable Foundation, the National Endowment for the Arts, and San Francisco Grants for the Arts. Additional support is provided by the William and Flora Hewlett Foundation and the Bernard Osher Foundation.