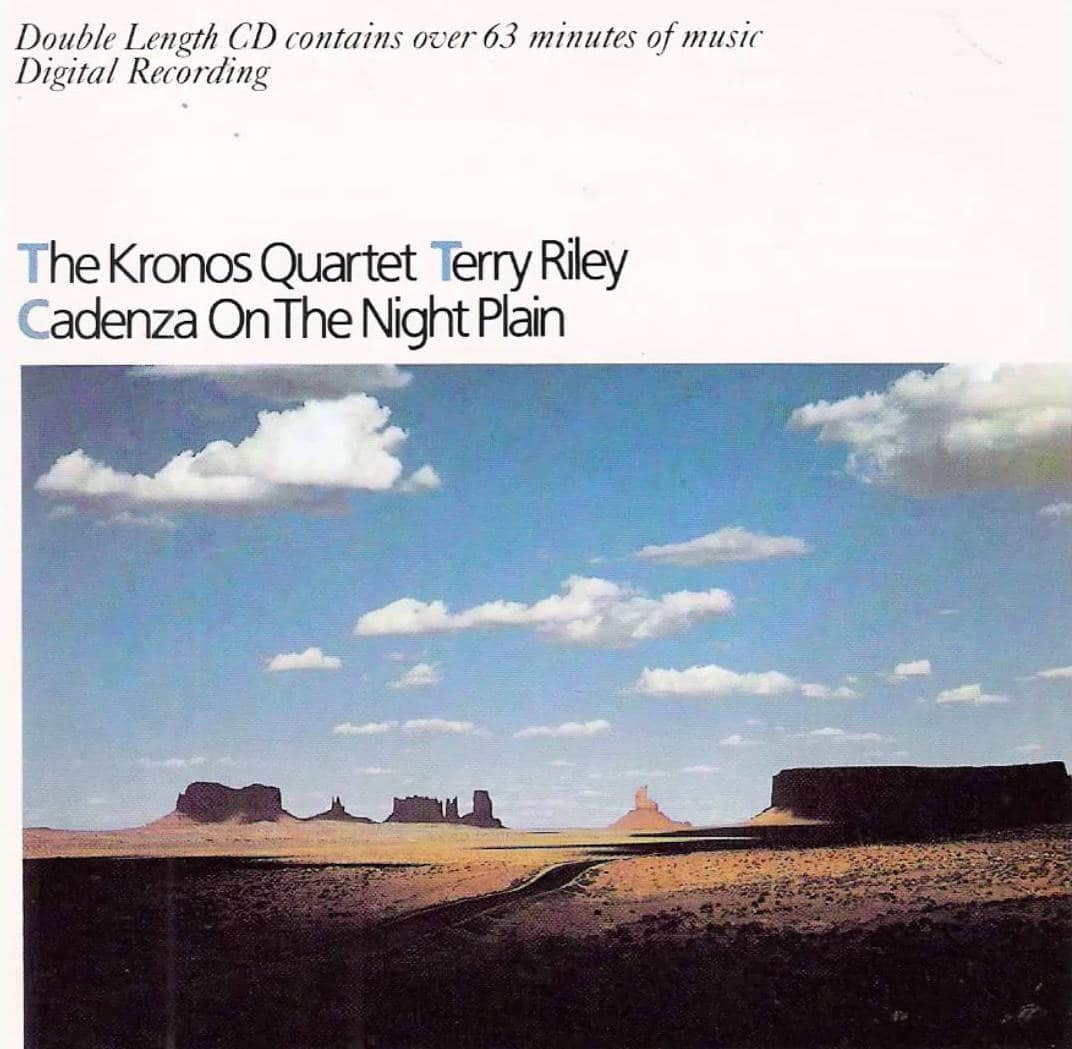 Cadenza on the Night Plain

“Cadenza on the Night Plain presents four of Terry Riley’s works for string quartet, works that, if your only acquaintance with Riley has been pieces on the order of In C or other larger-scaled works, are going to be something of a surprise — no matter how complex and abstract their conceptual underpinnings, they are possessed of a refreshing liveliness and clarity… the performance by Kronos Quartet is, as might be imagined, the definitive performance: Riley and the Quartet have been collaborating since the late 1970s.”

From Mark Swed’s liner notes: “The idea of composing for standard ensembles is something that the independently minded Riley has long rejected. Traditionally, his musical paths have been new to Western composition. The route by which he reached the string quartet medium has been as typically indirect and inner directed as his music… Working with Kronos enabled him to overcome his reluctance toward writing for ensembles, since he could have a collaborative relationship with Kronos that allowed space for his improvisational composition style.”

Released by Gramavision
Currently out of print