with the recorded voice of Howard Zinn

* Written for Kronos / ** Composed for 50 for the Future: The Kronos Learning Repertoire / + Arranged for Kronos

Kronos’ Fifty for the Future with Jacob Garchik

From the mind of Jacob Garchik comes an astonishing and astounding testament to the power of reason. Garchik leads an all-star group—composed of Natalie Cressman, Jon Hatamiya, and Alan Williams on trombones, Zach Spellman on tuba, and Eric Garland on drums—in performing this nine-part suite.

The safety and health of all staff, patrons, and artists are of utmost importance, and SFJAZZ will continue to monitor their policies to provide a safe concert experience for everyone. As health department directives are updated, they will continue to revise their policies. Click below to review the venue’s latest COVID-19 safety protocols.

This year’s festival highlights Kronos’ commitment to creative collaboration, an inclusive repertoire, and to deep, longstanding relationships with artists from around the globe. The three-day celebration features nine world premieres; signature works from Kronos’ far-reaching repertoire; an anniversary celebration; and three compositions commissioned as part of Kronos’ groundbreaking Fifty for the Future: The Kronos Learning Repertoire project. Composer, arranger, and trombonist Jacob Garchik, who has a long and fruitful artistic relationship with the ensemble, is this year’s Artist-in-Residence.

“Kronos Festival celebrates expanding creativity,” says Kronos’ founder David Harrington. “We honor those who have a strengthened resolve to help shape our musical future in spite of any odds. Surrounded by friends, we hope the festival energizes our listeners. Live music can be a microcosm as we listen to the future unfolding.”

“I’ve had the tremendous privilege to work with Kronos Quartet for the last 16 years,” said Garchik. “Together we’ve created over 110 works of music from all over the world. I’ve always loved working behind the scenes and collaborating with a huge range of artists but am thrilled to have my own chance to step into the spotlight with Kronos Festival.”

Ellen Reid SOUNDWALK, a free, GPS-enabled work of public art in Golden Gate Park that launched in 2021 as part of Kronos Festival, will also be ongoing at Golden Gate Park. And the festival’s intimate series Kronos Labs returns on Saturday afternoon.

On Friday, April 8, at 7:30pm Kronos unveils two of the latest works released as part of Fifty for the Future: The Kronos Learning Repertoire, an unprecedented string quartet commissioning, performance, education, and legacy project that has been designed and developed under Cowperthwaite’s leadership. The works include Indonesian Gamelan composer and vocalist Peni Candra Rini’s Maduswara, and Beninese singer-songwriter Angélique Kidjo’s YanYanKliYan Senamido #2.  Also on the program are Oasis, a one-movement composition by Azerbaijani composer Franghiz Ali-Zadeh and one of Kronos’ signature works, and Flow, a haunting work by Laurie Anderson arranged by Jacob.

Program #3 closes Kronos Festival with three world premieres written for Kronos. inti figgis-vizueta’s music by yourself is a piece about “connecting to people who are and aren’t still here.” Iranian singer Mahsa Vahdat performs in Where Is Your Voice, a new, original song arranged by Aftab Darvishi. Korean-American composer and master of the haegeum Soo Yeon Lyuh takes the stage in Tattoo (Extended Version), the artist’s powerful response to a harrowing incident in Berkeley, California in which someone fired a gun at her car. Philip Glass’ Orion: China, written on the occasion of the Athens Cultural Olympiad in Summer 2004, contemplates the Earth’s relationship to the constellations as interpreted by the world’s many cultures, and features pipa virtuoso Wu Man.

The program also includes Russian nonagenarian composer Sofia Gubaidulina’s Quartet No. 4, one of Kronos’ signature works its vast body of commissions; and Jacob Garchik’s Storyteller, a 16-minute work featuring archival recordings of the legendary Pete Seeger singing, speaking, and playing his banjo. Storyteller was one of the works in Long Time Passing: Kronos Quartet and Friends Celebrate Pete Seeger, a tribute to the late folk musician and activist.

Kronos Labs features a free performance at 2pm with student musicians from around the Bay Area performing works from Fifty for the Future, including several of Garchik’s arrangements. At 5pm, Garchik is joined by an all-star group composed of the Bay Area’s premier brass players for The Heavens: The Atheist Gospel Trombone Choir, a nine-part suite for trombones, tuba, and drums.

Jacob Garchik, multi-instrumentalist and composer, was born in San Francisco and has lived in New York since 1994. At home in a wide variety of styles and musical roles, he is a vital part of the Downtown and Brooklyn scene, playing trombone in groups ranging from jazz to contemporary classical to Balkan brass bands. He has released 5 albums as a leader including “The Heavens: the Atheist Gospel Trombone Album”. He co-leads Brooklyn’s premiere Mexican brass band, Banda de los Muertos.

As a trombonist Jacob has worked with many luminaries of jazz and the avant-garde, including Henry Threadgill, Steve Swallow, Lee Konitz, Laurie Anderson, Anthony Braxton, and George Lewis. He has also played in ensembles led by emerging artists Mary Halvorson, Dafnis Prieto, Ethan Iverson, Darcy James Argue, Miguel Zenon, and Steve Lehman. In 2018 he won the “Rising Star – Trombone” category in the Downbeat Jazz Critic’s Poll. 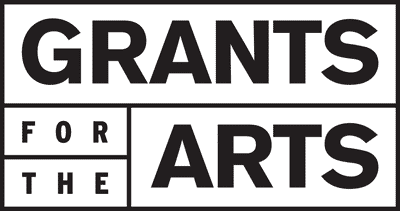 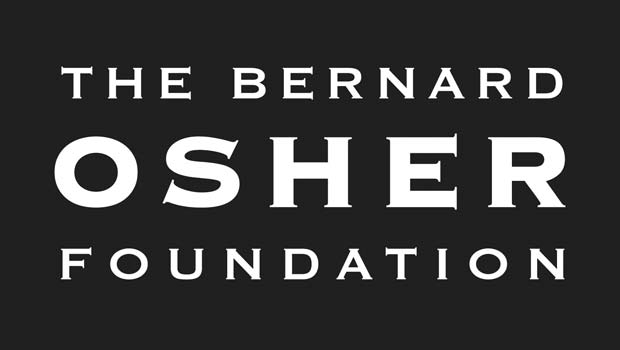 Kronos Festival is produced by the Kronos Performing Arts Association (KPAA) and is part of the San Francisco–based 501(c)3 nonprofit’s KRONOS PRESENTS program. It is made possible by generous funding from San Francisco Grants for the Arts. Additional support is provided by Andrea Abernethy Lunsford, the William and Flora Hewlett Foundation, and the Bernard Osher Foundation.